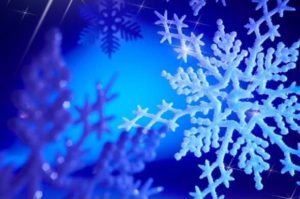 Today’s idea is really another form of the preceding one, except that it is more specific as to the emotion aroused. Actually, a meaningless world is impossible. Nothing without meaning exists. However, it does not follow that you will not think you perceive something that has no meaning. On the contrary, you will be particularly likely to think you do perceive it.

Recognition of meaninglessness arouses intense anxiety in all the separated ones. It represents a situation in which God and the ego “challenge” each other as to whose meaning is to be written in the empty space that meaninglessness provides. The ego rushes in frantically to establish its own ideas there, fearful that the void may otherwise be used to demonstrate its own impotence and unreality. And on this alone it is correct.

It is essential, therefore, that you learn to recognize the meaningless, and accept it without fear. If you are fearful, it is certain that you will endow the world with attributes that it does not possess, and crowd it with images that do not exist. To the ego illusions are safety devices, as they must also be to you who equate yourself with the ego.

The exercises for today, which should be done about three or four times for not more than a minute or so at most each time, are to be practiced in a somewhat different way from the preceding ones. With eyes closed, repeat today’s idea to yourself. Then open your eyes, and look about you slowly, saying:

I am looking at a meaningless world.

Repeat this statement to yourself as you look about. Then close your eyes, and conclude with:

A meaningless world engenders fear because I think I am in competition with God.

You may find it difficult to avoid resistance, in one form or another, to this concluding statement. Whatever form such resistance may take, remind yourself that you are really afraid of such a thought because of the “vengeance” of the “enemy.” You are not expected to believe the statement at this point, and will probably dismiss it as preposterous. Note carefully, however, any signs of overt or covert fear which it may arouse.

This is our first attempt at stating an explicit cause and effect relationship of a kind which you are very inexperienced in recognizing. Do not dwell on the concluding statement, and try not even to think of it except during the practice periods. That will suffice at present.

Lesson 14
God did not create a meaningless world.

The idea for today is, of course, the reason why a meaningless world is impossible. What God did not create does not exist. And everything that does exist exists as He created it. The world you see has nothing to do with reality. It is of your own making, and it does not exist.

The exercises for today are to be practiced with eyes closed throughout. The mind-searching period should be short, a minute at most. Do not have more than three practice periods with today’s idea unless you find them comfortable. If you do, it will be because you really understand what they are for.

The idea for today is another step in learning to let go the thoughts that you have written on the world, and see the Word of God in their place. The early steps in this exchange, which can truly be called salvation, can be quite difficult and even quite painful. Some of them will lead you directly into fear. You will not be left there. You will go far beyond it. Our direction is toward perfect safety and perfect peace.

With eyes closed, think of all the horrors in the world that cross your mind. Name each one as it occurs to you, and then deny its reality. God did not create it, and so it is not real. Say, for example:

Suitable subjects for the application of today’s idea also include anything you are afraid might happen to you, or to anyone about whom you are concerned. In each case, name the “disaster” quite specifically. Do not use general terms. For example, do not say, “God did not create illness,” but, “God did not create cancer,” or heart attacks, or whatever may arouse fear in you.

This is your personal repertory of horrors at which you are looking. These things are part of the world you see. Some of them are shared illusions, and others are part of your personal hell. It does not matter. What God did not create can only be in your own mind apart from His. Therefore, it has no meaning. In recognition of this fact, conclude the practice periods by repeating today’s idea:

God did not create a meaningless world.

The idea for today can, of course, be applied to anything that disturbs you during the day, aside from the practice periods. Be very specific in applying it. Say: